Sleep wasn’t my friend Monday night and so I was slightly dreading an early morning workout with The Boss knowing I was already a little sore from her ‘burpee’ circuit yesterday. We started with the monthly challenge. Normally it’s something fitness related but this month we have a time limit to throw little hoops and see how many we get on the holder. Last week I got a big fat zero but I managed to get two this time around – one being my first throw! Next was a warm-up, well I say warm up but it took quite a long time… We normally do some boxing to warm up but this time I did a mixture of boxing and reps. 100 left right punches, 10 burpees then 90 hooks, 20 press ups. You get the idea? We went from 100 to 10 (with the reps getting higher as the punches got lower). Finished off the session with some strength work which felt harder than normal but I did get through all my reps J

I mentioned in my last post that I’ve had a mare on the food front over the last couple of weeks so I had a chat with Kate yesterday morning about being held accountable daily for few weeks while I get myself back into a healthy food routine.  She is going to randomly check my online diary/calorie intake and if it’s not up to date or I have gone over my calorie goal for the day I lose money. I don’t always follow a calorie diary but I do find that’s a very helpful way to get back on track if I’ve gone off the rails a little.

After that workout I was feeling my body I still had a run later in the day. We missed our long run on Sunday due to sports games: Liam thought the NRL Nines would finish around 6pm like it had the day before but it ended up finishing just after 8pm and I fell asleep (very unlike me).

Tuesday night’s run was hard but I actually enjoyed it at the same time?! Is that a thing?! It was one of the hottest days we’ve had here this summer, come 5pm it was still around 31⁰C. Normally I would hold off until it cooled before going out but I had a hair appointment. This run was my 3rd 10km run ever but I felt like I could have easily kept going (if I didn’t have other places to be) and I started to feel confident that I can actually do this half marathon in a good time. The first 4-5kms my legs were pretty stiff, it was flippin’ hot but I noticed I wasn’t having to coach myself on as much as I normally do to keep going, especially in the last half which is normally where I struggle the most.

Fuelling for longer runs: I’ve done a little research on this over the past couple of weeks and I think I need to start trying out little amounts on my weekend runs. I really dislike having to carry things whilst running though. Last night was the first time I’d carried a drink bottle with me because it was so hot and I didn’t want to have to stop for a drinking fountain but I was cursing it the whole way around. I do have a hydration pack at home that I will probably start using for my weekend running, that way I can carry some magical energy goodness with me and still keep my hands free (and look hard core at the same time because I’m wearing the pack in the first place…). I haven’t had much luck with any sort of gel, my stomach can only handle a tiny amount at a time and with most gels having a rip of top you can’t really save some for later without getting it everywhere. I quite like the sports beans though as I can take one or two (while the body gets used to it) and put the rest away for later and it actually feels like I’m eating something. Problem is most places only stock the lemon/lime or orange flavours when I know there are more delicious sounding ones around… I ordered some online yesterday, along with some Em’s Power Bites to test out too – looking forward to that package turning up 😉

Wednesday morning was dark, I wasn’t impressed! I met up with Dee for a circuit at the netball courts in Hagley: round two of the homework. She was running a little late and we did a pretty decent warm up so only got through half of each circuit in the end. Darkness is creeping in which is the one thing I dislike about the colder months: exercising in the dark! Circuit tonight consisted of WAY to many squats and burpees for my liking, legs hadn’t recovered from doing them over the last two days.

My time trial run yesterday (Thursday) was tough. I may have started out way too fast; I was panting, struggling to get my breath and felt like I wouldn’t be able to keep going.  I slowed considerably during the last half of the km and got a time of 6:03. I managed negative splits for the entire run (last km finishing 5:30) but missed my PB by 8 seconds.

Today is ‘rest day’ but I set a goal at the beginning of the week that I would complete a minimum of 20mins exercise each day. We went to the first Crusaders game tonight so I told Liam we will be parking further away and walking in, a 15min brisk walk to the stadium. 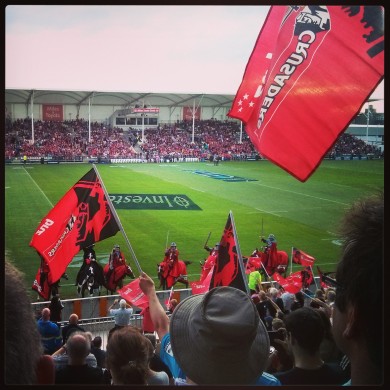 Are you entered in any races this weekend?

How do you feel when you just miss out on a PB?

I almost fell off the face of the ‘healthy lifestyle’ earth last week. I did some good workouts but I failed miserably with my eating choices. It’s been creeping up on me the last few weeks, I need to cut out the processed foods and start drinking lots of water again!!

February for Pumped is about being ‘Fat Free’ and there is a competition going on for people to try and donate the most weight (based on personal % of total body weight) and it seems I’m going taking other peoples donations on rather than donating myself. Tonight for me became about preparing good food choices for the week and kicking my butt into gear with our homework circuit.

I wrote the below out before I’d even tried it and it looks nasty… UPDATE: I’ve now completed it and it WAS pretty nasty! Good news is The Boss offered a coffee voucher to people who completed both circuits this week, I’m on day one and I’ve already done this 🙂

I managed to do both tonight and timed myself for each half. I did the second round of the first one faster, but by the second circuit I did the last round slightly slower than the first.

My goals this week are going back to the basics:
#1 – Drink 2.5L water per day (normally this is not a problem for me but for some reason I’ve been struggling with this lately)
#2 – Exercise for a minimum of 20mins a day
#3 – Make all my lunches/snacks for the working week

I’m now officially entered this year’s 20 Week Body & Lifestyle Competition. I’m not sure if I will stick to the two categories I’ve selected, it’s been a very hard choice to make this year so at this stage I’ve entered Upper Body & Strength.

A quick forecast of my week to come and it looks busy: I didn’t get my long run in yesterday so we are aiming for a longer than usual run tomorrow, plus I have PT first thing in the morning. Wednesday I am meeting a couple of girls for a morning circuit (take two of the homework circuit) and I have Circuit class in the afternoon. Thursday is time trial run. Friday I’ll have to do a small morning circuit to meet my goal of exercise each day as we have tickets to the first home game of our AWESOME rugby team the Crusaders in the evening! Saturday I’m weighing up whether to do a race in the morning as I have a wedding early in the afternoon. Sunday I’ve entered into The Color Run which is only a 5km fun run but I have a 12km run on my training schedule for Sunday as well…

The race on Saturday is called A Run to Remember and I missed out on it last year so I was really keen to do it this time round. It’s special to our city as it a charity run to honor the people who lost their lives in the earthquakes that struck our city almost three years ago. It’s a beautiful course showing off views of the city. If I do go I’ll have to miss the prize giving and memorial service which is a bit disappointing but I’ll be cutting my time fine to get back home and head out to a wedding in the country!

All in all I’m feeling more positive than I was this morning/last week and rearing to go for a great week!

Burning some energy 🏃‍♂️
This kiddo 💙